Surprisingly, the new-age is familiar with technology, but people are still attracted to the old signage mainstays especially in case of neon. Many companies are more dedicated these days to create “new signs” that are reminiscent of yesteryear. If you have ever visited the City of Memphis TN, you will have seen Bass Pro Shops nationally recognized flagship store that encompasses this vintage look. 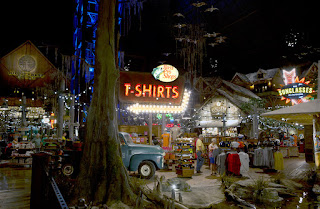 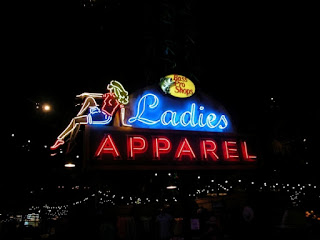 Known as the “8th Wonder of the World”, the Brass Pro Shops massive 32 story/535,000sf store is positioned as the Worlds Largest Pyramid. How did Bass Pro Shops endeavor to design visual signage for entrances into the various sections of this colossal structure without appearing dwarfed and all the while maintaining a down home feel? Using neon of course! Facades and directional neon are integrated into the overall design concept of an old-time bayou village.

In April, thousand of residents congregated in the parking lot of the Pyramid for the grand opening, amidst music and speeches. However once the festivities died down, the neon signs assumes the staring role as the crowd slowly filed inside. Not only does the neon gives a unique look to the interior of this retail nexus, but also beckons visitors to explore. Retail signage for specific products (rain wear, hunting clothing and fly shops) blend into the themed visual presentations to provide easy way finding for customers.

An example of animated neon signage can be seen in the Waterfowl sign, as visitors experience flying ducks chasing one another into cattails  below. Other signs include the neon-illuminated Fish Bowl sign as the one of the main features of Big Cypress Lodge. A leggy female figure beckons shoppers to the Ladies Apparel section. The animated Footwear sign would have been at home on the storefront of a 1930's cobbler. In the center of it all, the worlds tallest freestanding elevator glows in neon as it rises to an observation deck above.

With more than 35,000 visitors a day this retail giant attracts visitors and tourists from all over the world proving that using the power of neon is just good design.
Posted by Fire House Neon at 1:45 PM 2 comments:

Since the advent of neon signs, people have been fascinated with the brilliant glowing colors. Once they served as signage and now as attractions in the modern era. When you see a classic restaurant, you probably don’t think that it neon signs serves anything other than an advertisement of services, and good food. Nowadays, however, they have another purpose: providing “vintage charm”.
There are several signs in Chicago that were built about half a century ago with the ambiance of a bygone era when “eating out” was considered an occasion and a novel opportunity. The same old concept is trending again.
As owners have quoted that customers cannot resist crowding around these vintage signs and taking pictures for fun and trend. Surprisingly enough, many of the diners are even enticed into going for the new eatery that’s only based on the vintage signs alone. They also add that most of the diners even come time and again to these restaurants over years just to greet the historical landmarks just as their old friends.
According to a survey that the famous newspaper of Chicago Tribune conducted, which asked readers to tell them about the restaurants’ marquees that stood out in the Chicago area, and interviewed the restaurant owners regarding the signs’ history, vintage neon signs are the new trend. The signs either shine today as neon beacons or mark the cultural aspects of the previous generation. In the Chicago area, vintage signs have continued to turn heads even today as customers’ favorites. A few of them are listed below:

A restaurant in Chicago at the Western Avenue which has been there from the ‘60s still popularizes itself for its vintage sign. As reported by the owner of the restaurant who said that Acme Wiley Sign. Co created the sign in 1954 which has his mother’s name on it. It’s made up of neon, porcelain, and metal. He added that his mother paid about $3,500 for the sign back in those times when the same amount could buy a Cadillac. Moreover, it has cost them only around $200 to maintain the signage. 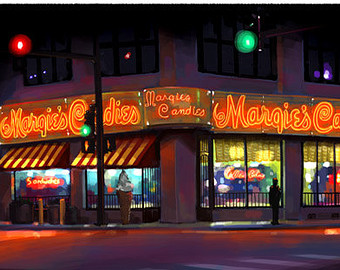 The pub is located in the village of Mundelein at the Lake St and still marks as an attraction popular in the area because of its vintage sign. The owner said in the interview that, in 1957, he had found an aged Rexall Drug sign from a shop that was in Waukegan and he had redesigned the same sign using neon. He put the same sign at the top of his restaurant and his restaurant started doing a lot better than the others. 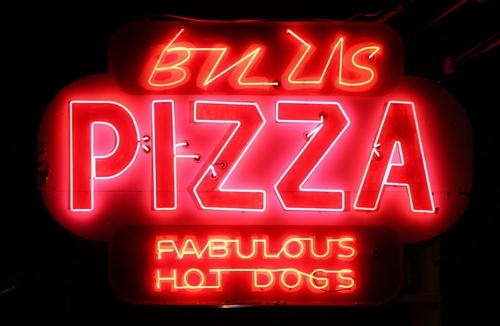 Palace Grill
Another restaurant in Chicago at Madison St. rated one of the most popular restaurants with vintage signs. Its owner, George Lemperis, had told the Chicago Tribune that their sign has been displayed since the year 1938 and they are happily celebrating their 75th anniversary of longtime success this year. He added that although we don’t see a lot of neon signs in this modern age, at least on small businesses, the one that you see in our restaurant is a real conversation starter. He further quoted that “We are a classic diner and this is a classic diner sign”. 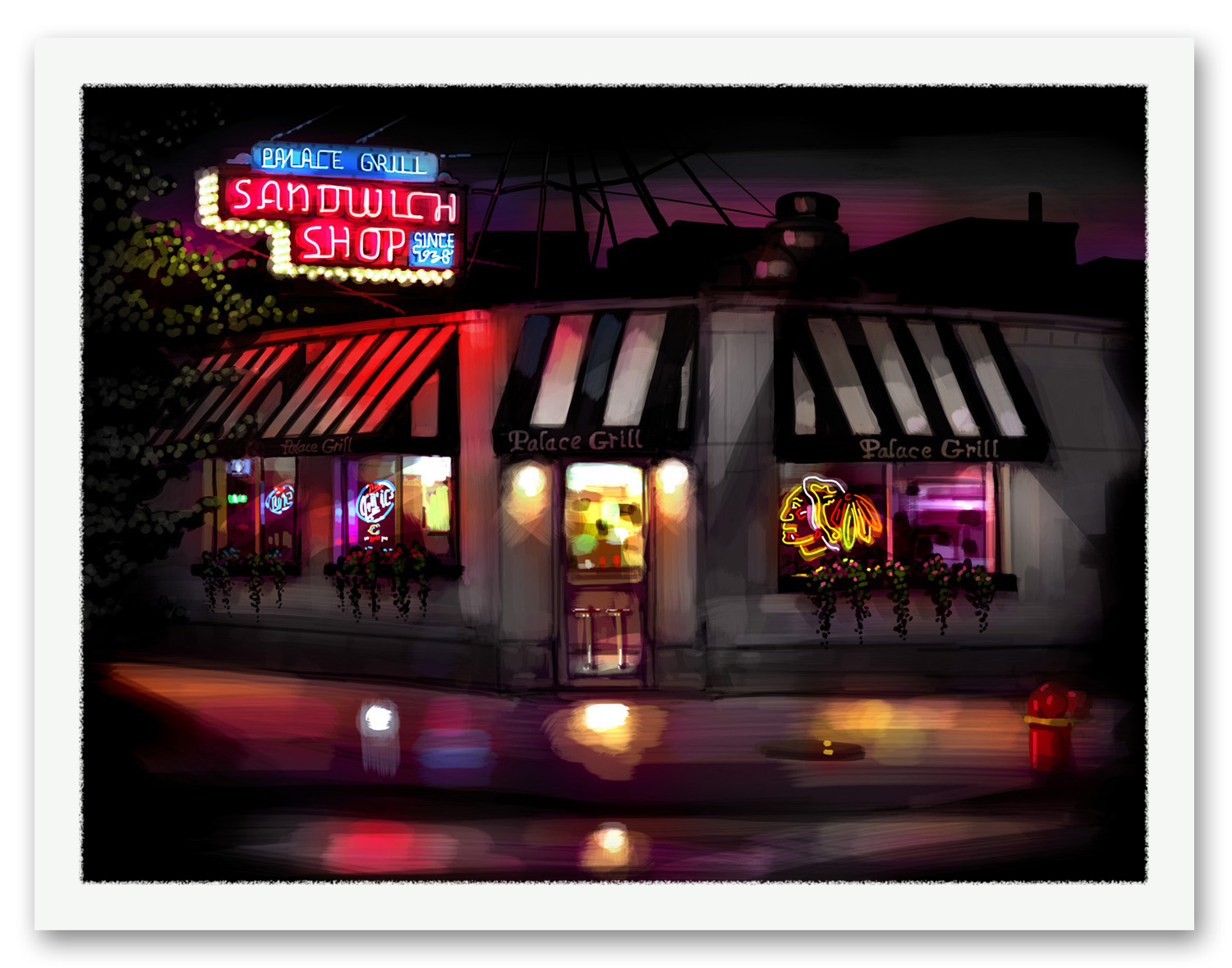